The cultural blend of Spanish, European, Caribbean, and African influences combined with the customs of the original indigenous people make the state of Veracruz a veritable melting pot rich in history, traditions, music, and dance.

The deep water port city of Veracruz has always been the Gateway to México.

Add to this the ancient archaeological ruins sites and artifacts left by the Olmec, Totonac, and Huasteca populations and you will discover a land overflowing with a colorful story of Spanish conquest, human sacrifice, myths, slavery, assimilation, and world trade.

On this fun and informative trip to México’s tropical gulf coast state of Veracruz, our local historian guide will be with us each day as we explore 3 archaeological ruins sites to learn about the ancient civilizations who lived here and also hear the accounts of the first interactions between the Spanish explorer, Hernán Cortés and the local people upon his arrival in 1519.

One of the highlights of this tour is a visit to the Xalapa Anthropology Museum where we'll be introduced to the oldest known civilization in the Americas, the Olmecs. Several original giant Olmec stone heads are housed in this museum filled with thousands of ancient artifacts.

In addition, we'll have the opportunity to tour the historic port city of Veracruz, its massive harbor fortress, the México Naval Museum, the hacienda of the former president and Mexico general, Antonio López de Santa Anna, and the coffee growing region of the state where you will find 2 quaint pre-Hispanic towns which are now designated Pueblo Mágicos (México Magic Towns).

This tour is for curious travelers who like to dig into what took place in the past, when it happened, why it happened, and how it has influenced the people living their today.

Join us on this week-long educational journey we call, History, Traditions & Ancient Ruins Tour in the state of Veracruz, México.

Attn: Educators, History Buffs & Travel Organizers
Put together a private group of 10-16 people and your tour package is free! (airfare not included).

We can provide you with advertising materials for promotional use.

If you have alternative dates in mind for your group other than those advertised, contact us and we can check availability.

DAY 1: Welcome to  Veracruz
After arriving to the Veracruz International Airport, catch one of the airport taxis to the hotel in the city center. The rest of the day/evening is free to explore the city and begin to acclimate to the slower-paced life here in Veracruz. Sleep 1 night in the city of Veracruz.

DAY 2: Archaeological Ruins Sites & Historic Beach  (B,L,D)
This morning we'll meet our local historian guide for breakfast. He will give us an overview of our tour itinerary and answer any questions.

Then we will check out and travel north up the coast to the small town of La Antigua where we'll explore the remains of an administration building built by Cortés and his soldiers. Our guide will explain the known history of this area as it was back in the early 1500s when the Spanish first arrived. We'll also visit the first coastal Catholic chapel built in the Americas.

Next we'll head to the Cempoala Archaeological Site. Back in the 14th and 15th centuries, Cempoala was the capital of the Totonacans as well as the largest city near the Gulf of México with over 30,000 people living there. This is also an important place because it was here that Cortés first struck an alliance with the Totonacan chief who agreed to help these foreigners to fight the Aztecs. The Totonacans were under their rule and felt they were being over taxed for little return.

Continuing north, we'll explore the remains of the ancient city of Quiahuiztlan (Key-ah-wheezt-lan).

This peaceful remote site is located at a higher elevation with a stunning backdrop of the Gulf of México coastline. One of the more interesting aspects of this site is the 70 small miniature temples or tombs used by the wealthy people as their final resting place.

Just below this archaeological ruins site is the small seaside village of Villa Rica. This is where Cortés and his men came ashore and eventually started a long trek inland to meet the Aztec leader in their capital city which is now where México City is located.

A little further up the coast, we we'll stop to overnight at a small seaside hotel in the Costa Esmeralda region of Veracruz and will sleep there for 2 nights.

DAY 3: Ancient City Ruins, Fertility Ritual & Vanilla  (B,L)
After breakfast, we'll continue our history lesson by visiting the ancient ruins site of El Tajín which is a recognized UNESCO World Heritage Site. The Totonacan people built over 150 structures including 17 ball courts and flourished there between 800 and 1150 A.D. The most famous structure at El Tajín is called, the Pyramid of the Niches.

Later, we'll have the opportunity to witness the ceremonial flight of the Voladores. Five men (Voladores or Fliers) will reenact high above the ground an ancient ritual which was performed by the Totonacs to appease their god of fertility to bless the area with an abundance of food and water. In the afternoon, we will take a little walking tour of the town of Papantla. An interesting note is that in this northern region of Veracruz state, the Spanish invaders first smelled and tasted a delightful new spice which was growing there. It was unknown to the Europeans at that time. We know it today as vanilla.

DAY 4: Ex-Hacienda, Anthropology Museum, Pueblo Magico  (B,L)
This morning we'll start travelling south and then west toward the city of Xalapa (Ha-la-pah) which is the capital of Veracruz. Just outside of this vibrant town is the beautiful estate called, Hacienda El Lencero. We'll visit the old hacienda, its gardens, and the chapel which the Mexican General, Santa Anna (Remember the Alamo) constructed specifically for his wedding.

Next, we head into the city of Xalapa to its very modern Anthropology Museum. Here you will find the largest collection of artifacts from the people who once lived in the Mexican gulf coast region. One of the main attractions on display are the huge Olmec stone heads.

Just a few minutes south of the capital city is the pre-Hispanic town of Coatepec. We'll have the evening free to stroll around the town square exploring its many restaurants, shops, and cafes. Coatepec is one of the top 4 regions in Mexico where coffee is grown and processed. We'll sleep 2 nights here.

DAY 5: Coffee Tour & another Pueblo Magico  (B,L)
After breakfast, we'll hook up with a guide from a small local coffee company to learn about their coffee growing and processing operation. Of course, we will also sample the different kinds of coffee produced by them.

Not far away is another pre-Hispanic Pueblo Magico town called, Xico (Hee-coh). It is a cobbled street town with a beautiful church, handicraft shops, and nearby, we can view the waterfall which was used in the classic movie, Romancing the Stone.

DAY 6: Veracruz City Tour & Farewell Dinner  (B,L,D)
This morning we will check out and travel back to the city of Veracruz where we'll visit San Juan de Ulúa, a massive fortification built in the harbor to protect the city from foreign invaders and pirates. Later it was converted into a brutal prison.

Later we'll go on a walking tour of the main sites of this historical port city. Nearby you will visit the México Naval Museum and climb to the top of El Baluarte de Santiago, another smaller fort which at one time was a part of the wall that surrounded the city for protection.

In the evening, everyone will get together for a farewell dinner at a nice restaurant in the city. We will sleep in the city of Veracruz for one night.

DAY 7: End of Tour
Travel day home or on to your next great adventure.

Itinerary schedule is subject to change.

Tour Price Includes:
•  7 day / 6 night guided tour (includes day of arrival & departure)
•  Small group tour size of up to 16 travelers
•  All ground transportation during guided tour days
•  All activities as listed in the itinerary
•  All entrance fees
•  7 nights of hotel lodgings
•  5 breakfasts, 5 lunches, 2 dinners
•  All tips for all your guides & driver

A Reminder -
There is no need to fret over how much to tip and of having the right amount of Mexican Pesos at the end of your tour. Tips are already included for all specialty guides as well as your main host guide.

If you would like to stay a few more days either before or after your tour with us and would like some assistance in making those plans, contact us.

We can design an independent travel experience based on what you would like to see and do. We can help you to arrange for local transportation, accommodations, and set you up with a local guide. 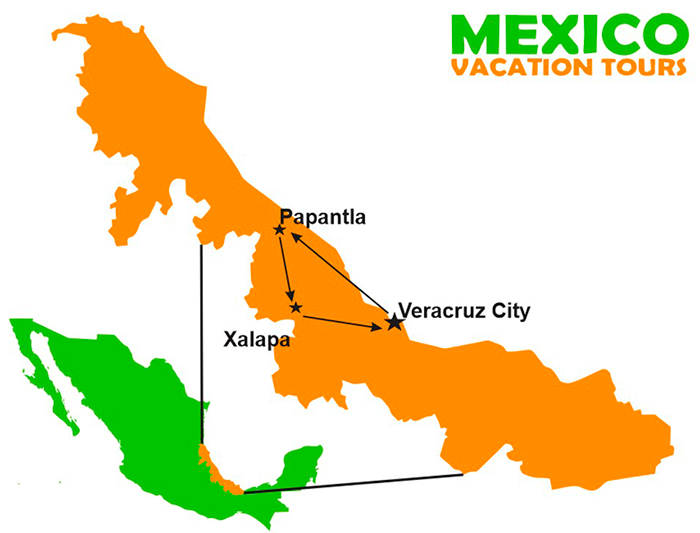 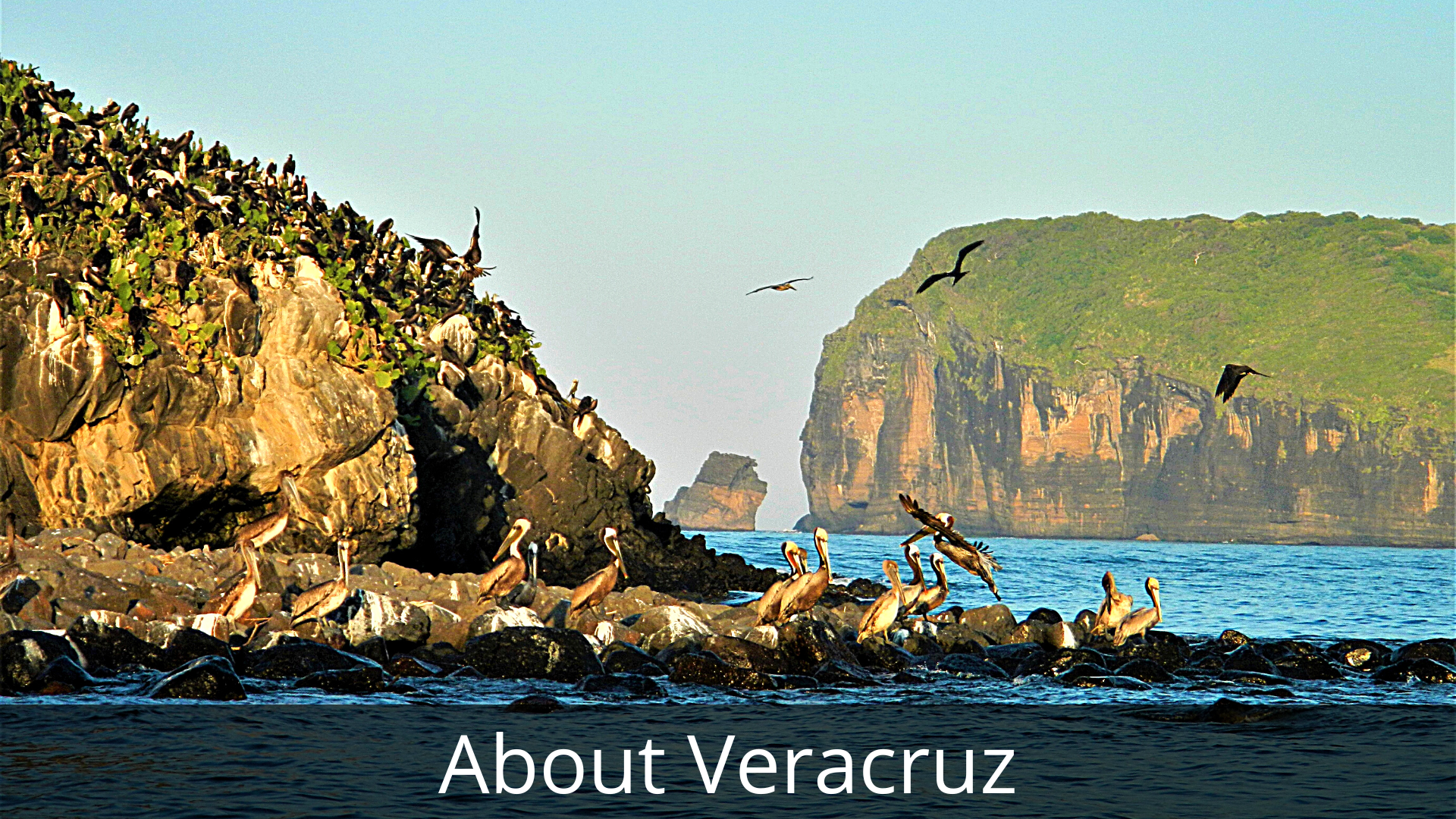