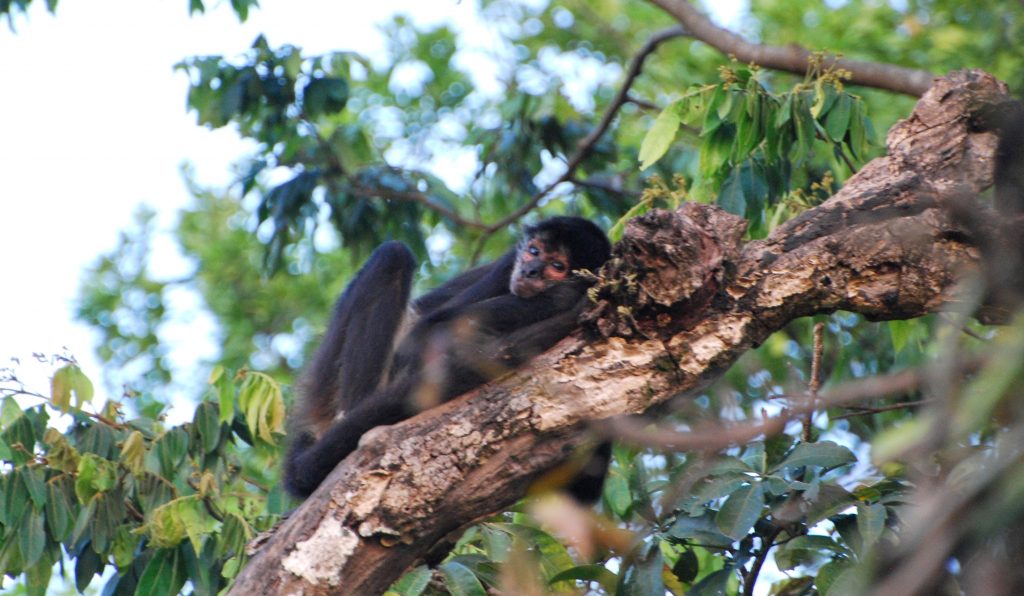 Yes, You Can See Wild Monkeys in México

When most people think of México, their vision is usually of white sand beaches next to a sparkling blue ocean, margaritas on the beach, and maybe that pyramid photo of Chichen Itza ruins site that always seems to be in the brochures advertising a vacation to Cancun or the Riviera Maya. But monkeys????? Hey, aren’t you only supposed to see monkeys in Costa Rica, Panama, Thailand, and other faraway tropical jungly places? Sure. Definitely you can see them there. However from the US, you don’t have to travel 1,500 or more miles further south to Costa Rica or other Central and South American countries to encounter the type of environment conducive to being home to species of monkeys. The country of México also has areas where you can find beautiful lush green tropical rain forests and wetlands where monkeys thrive.

In México, you can hang out with wild monkeys in the states of Veracruz, Chiapas, Tabasco, Campeche, Yucatan, and Quintana Roo. All these states are located in the SE region of the country with with 3 of them being in the Yucatan Peninsula.

One hundred miles south of the port city of Veracruz is a recognized World Biosphere area known as the Los Tuxtlas. It is the northernmost area in the Western Hemisphere where you will find tropical rain forests. If you have not yet visited this area, you may have seen what it looks like at your local theatre or on TV. Some of the tropical scenes used for the following movies were filmed there; Apocalypto (directed by Mel Gibson), Clear and Present Danger (Harrison Ford), Predator (Arnold Schwarzenegger), Romancing the Stone (Michael Douglas/Kathleen Turner), and Medicine Man (Sean Connery). One of the main locations where you can spot howler and spider monkeys are in the area around Lake Catemaco; one of the largest lakes in México. You can find them along some of the shoreline, especially in the Nanciyaga Ecological Reserve. There are also some small islands in the lake where these moneys reside.  These islands can be reached on small tour boats which leave from Nanciyaga and the town of Catemaco.

Heard of the ancient city of Palenque? You can sometimes spot some monkeys roaming around this archaeological site. I have personally seen a few during the times I have been there with our travel guests. In the eastern part of Chiapas near the neighboring country of Guatemala is an area thick with tropical rain forest growth. Here you will stand under towering trees with trunks the size of trucks. Believe when I say that you will feel small compared to these giants. This area is known as the Lacondon Jungle. In this region you will find 2 major ancient city sites, Yaxchilán and Bonampak. Both of these archaeological ruins sites are great places to look for monkeys in the tall trees. Most likely on a visit to Yaxchilán, you will hear them before you see them. Spider monkeys are usually climbing and swinging throughout the canopy above you.

You will find the state of Tabasco sandwiched in between Veracruz, Chiapas, Campeche, the country of Guatemala, and the Gulf of México. In this Mexican state is one of largest wetland areas in North America. The Reserva de La Biosfera Pantanos de Centla (Centla for short) spans 6,600 square miles (17,200 sq km) from Tabasco into the state of Campeche. It is in this reserve that you will not only find my many species of wetland birds but also howler monkeys. Interestingly, you can also see an ancient statue of a monkey looking up toward the sky at the La Venta Park in the Villahermosa, the capital city of Tabasco. This outside tropical park houses carved statues from the Olmec civilization dating back from 900-400 BC. These relics were actually moved from their original side where they were found located near the Tabasco-Veracruz border.

The southern region of Campeche which borders Guatemala is another large protected area found in México. The Calakmul Biosphere comprises some 2,800 square miles (7,250 sq km) of mostly untrampled rain forest. Here you will find many species of mammals including large cats such as Jaguars and Pumas. The last time we brought some travel guests there, they did not spot any spider or howler monkeys but did see a family of wild pigs and other small rodents.

Just to be clear, there is México’s Yucatan Peninsula and then there is the state of Yucatan. The state capital city is Mérida. The two more well-known ancient city sites located in Yucatan state is Uxmal and Chichen Itza. Unfortunately, because some 1½ million people visit Chichen Itza each year (that’s an average of 29,000 people going there each week), chances are probably slim that you are going to encounter any of the monkeys that reside in this area. Would you come out in plain site with that many people gawking at you? Of all the times I have been there, I have never seen any monkeys nor heard them roar.  Likewise, the times I have been to Uxmal, I did not see any monkeys roaming around. Most likely, if you are at either archaeological site early in the morning or late in the afternoon, you will have a better chance at spotting some. If you have encountered some monkeys at either ruins site, I would love to hear about it.

Ok, for all you tourists who vacation on the Caribbean coast of México, you can travel to two locations where you can look for spider and howler monkeys. They are the Sian Ka’an Biosphere region located a couple hours south of Cancun and the Santuario del Mono Araña at Pac Chen, also known as the Punta Laguna Monkey Reserve. The Sian Ka’an Biosphere is a 2,000 square miles (5200 sq km) mix of tropical forests, lagoons, mangroves trees, palm savannahs, beaches/dunes, and coastal wetlands. Among the many species of animals who live there, you will find spider and howler monkeys on the list. There are tours through this reserve by boat. The Punta Laguna Monkey Reserve is found near the ancient city of Coba northwest of the town of Tulum. There you can hire a local Mayan guide to lead you on a hike to spot spider and howler monkeys. They are pretty good at finding them. Best time to go is in the late afternoon. There is also a cenote for swimming. Note: You will be lowered by a rope to get into the water. Later, you will need to climb up a tall rope ladder to get out. They do have you tethered though as a safety precaution.   Sooooo . . . if you want to experience up-close wild monkeys in the jungle, consider skipping the long flights to southeast Asia and the extra thousands of miles to reach Central & South America and bring your spouse, the kids, the grandkids, grandma/pa, and the whole gang to one of these beautiful México tropical locations to enjoy the crazy antics of the skinny spider monkeys and the menacing sounding howler monkeys. Be Warned: Howlers sound like some scary primeval 4 legged wild animal.  2nd Warning: Don’t get to close to the howlers. I have heard as a protective measure for their family and themselves, they sometimes throw their feces at you. Not a pleasant thought, I know.   For more information on creating a tour to see wild monkeys in México, just shoot me an email. For our advertised tours, check out our 2 websites at  DiscoverVeracruzTours.com and MexicoVacationTours.com We also also are very good at custom designing México tours for groups of 2 to 100. See you in mountains, jungles, colonial cities, deserts, and coastal areas of México! 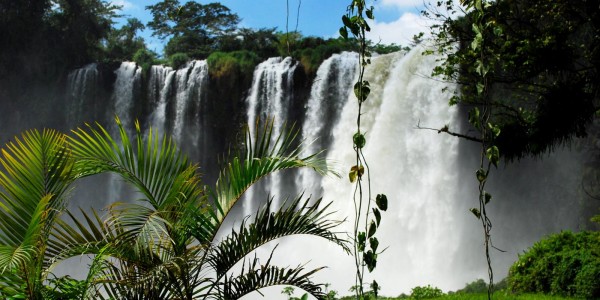 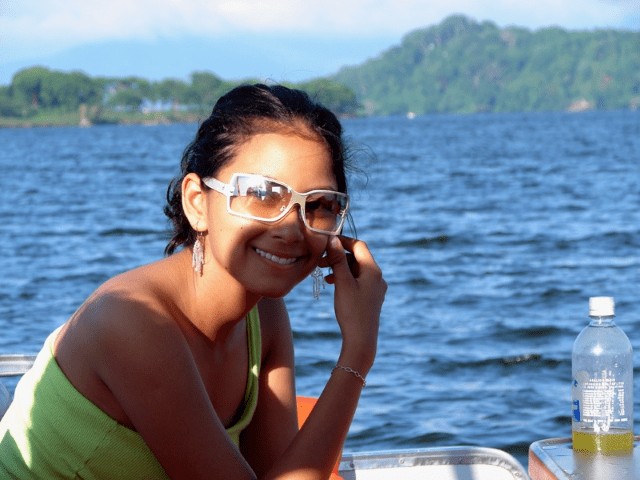 So the question to answer is, do you enjoy the vastly more crowded and touristy “Here Today, Gone to Maui” style tropical vacation or are you the more adventurous type who would like to explore a tropical pristine paradise unknown to most? If you choose the latter, then definitely it is time to say, “Vamos a Veracruz!”